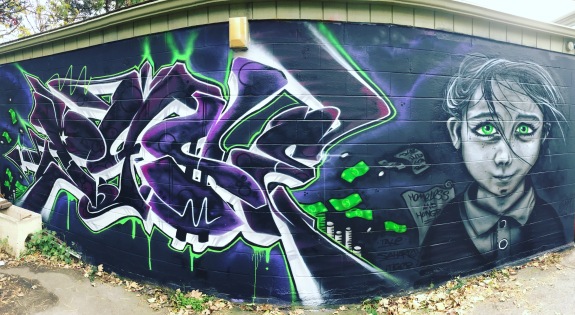 Every year I return to my hometown of Gloucester, MA to re-paint a wall in the cut downtown. It’s tucked-in behind Prince Insurance on Washington St., visible from the west end of Middle St. looking left as you approach the Joan of Arc statue. In this year’s production I chose to make a statement about the unprecedented wealth-gap in twenty-first century America. My piece flosses on the left in royal-purple robes protected by a green force-field of flying cash-money and coin. The affluence of Boston’s suburbs is reflected in its style, stature, and vibrant color accented by a crisp, clean white outline. My name is beset by a stark orphan-girl in a greasy collar and greyscale, the mono-chromatic scheme of her bust broken only by the brilliance of her green eyes. 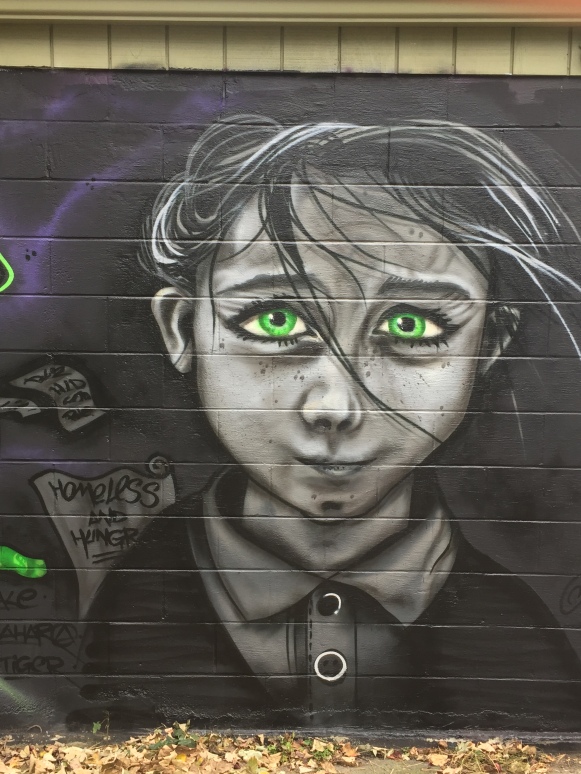 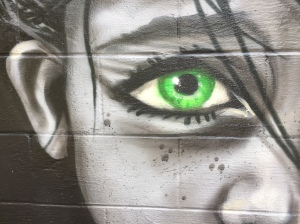 The windfall of green-backs that flies from my letters gives way to dingy news-print and beggars’ placards–this orphaned child’s currency. It’s rarely discussed, in our scenic little fishing town, that the homeless population has increased in Massachusetts by 40% since 2007, even as the national average was in decline. This in part due to the fact that the cost of living here in Mass is among the highest in the country; the cost of housing continues to increase now that the market has come back, and there is no relief in sight… Fifteen percent (over half a million) of our children here in the Bay state live in poverty; of the over seventeen-thousand homeless people here, thirty-eight percent are children. 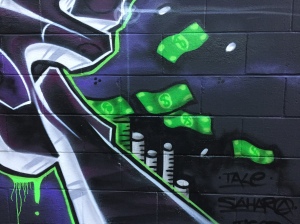 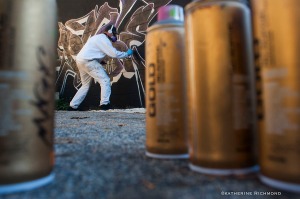 I mean to draw some attention to these issues with my art; I was hopeful after seeing the social progress in health-care that was pioneered here in Mass become a national standard in recent years, that we might meet our impoverished with compassion and begin to reconcile the fleeced and downtrodden working class with the bloated one-percenters who have usurped their livelihood. Bernie Sanders was good enough to bring the plight of the working poor to the forefront of our national discussion before he was eliminated from the 2017 presidential race. However, a few days after I completed this mural, the nation chose a born-billionaire with the moral compass of a wolverine as its new emperor. He has not yet been sworn-in, but has already surrounded himself with a cabinet of other billionaires who will begin to dismantle our vital social programs (that protect the poor from the insatiable  predation of corporate interest) so that tax-rates for the wealthiest handful of Americans (his friends) can be driven even lower. One can only expect that the rift between haves and have-nots will widen, and the numbers of our homeless and impoverished will inch further toward some kind of tipping-point. 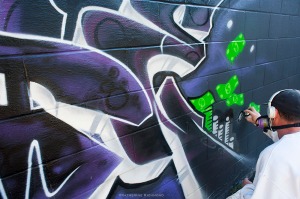 Photos by Katherine Richmond of http://www.katherinerichmondphotography.com 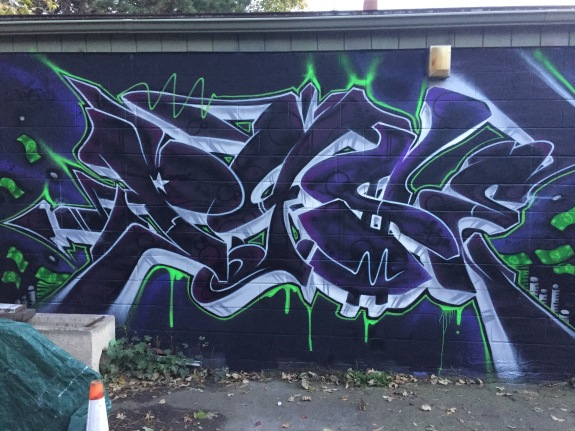 “What difference does it make to the dead, the orphans, and the homeless, whether the mad destruction is wrought under the name of totalitarianism or the holy name of liberty or democracy?” 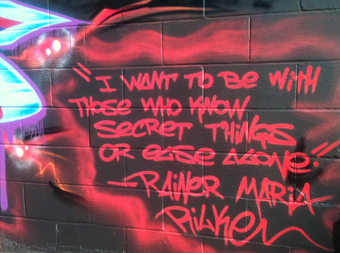